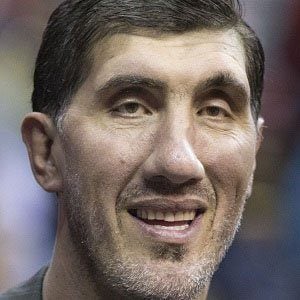 Romanian NBA and international player best known for his time with the Washington Bullets. He won the NBA's Most Improved Player award in 1996.

He played at Romania's Cluj University.

He placed 22nd on Romanian Television's rankings of the 100 Greatest Romanians of All Time in 2006.

He has sons named Victor and Gheorghe.

He co-starred with comedian Billy Crystal in the 1998 film "My Giant".

Gheorghe Muresan Is A Member Of