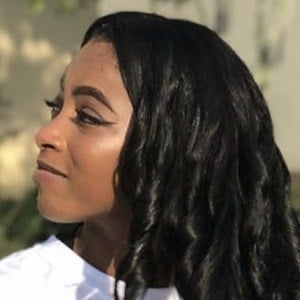 Self-taught dancer known for her dancing-related photos and videos on both Snapchat and Instagram. Her username on both accounts is Ggdancexox. She has earned over 380,000 followers on Instagram.

She began posting pictures and videos of her dancing to her Instagram in March of 2014.

She has served as the captain of her Blue Diamonds dancing team.

Her full name is Gia Barnes. She is from Chicago, Illinois originally and later moved to Melbourne, Florida. She began dating TheDancerJai.

She follows a variety of elebrities on Instagram for inspiration including Diana Pombo and Richard Jackson.

Ggdancexox Is A Member Of