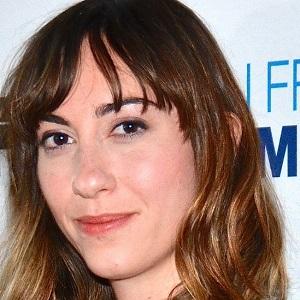 Best known for directing and writing the 2013 film Palo Alto, this member of the famous Coppola film family was inspired by the work of her aunt, Sofia Coppola, whose film sets she frequently visited during her childhood.

After working as an assistant on Sofia Coppola's film Somewhere and on Francis Ford Coppola's movie Twixt, she studied photography at Bard College in New York.

She was born in Los Angeles to Jacqui de la Fontaine. Her father, Gian-Carlo Coppola (the son of the famous director Francis Ford Coppola), was killed in a boating accident shortly before her birth.

She adapted the screenplay of Palo Alto from a collection of short stories by actor James Franco.

Gia Coppola Is A Member Of