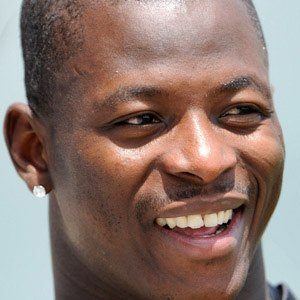 NFL safety who was drafted in the fifth round of the 2004 NFL Draft by the New York Giants.

He attended the University of Tennessee and San Francisco State University.

He left the Giants to sign with the Oakland Raiders in 2008, receiving one of the highest contracts in league history for a safety.

He played alongside Michael Strahan for the Giants' 17-14 Super Bowl XLII victory over the New England Patriots.

Gibril Wilson Is A Member Of