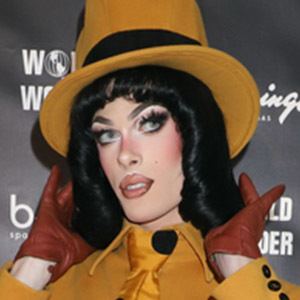 American reality star who is best known for her appearance on season 12 of RuPaul's Drag Race. She has worked professionally as a fashion designer. She also has a popular Instagram featuring lifestyle and fashion content.

She has a formal education in clothing design.

She has received over 1.3 million followers to her popular Instagram feed. She enjoys doing photography in her spare time. She has said cats are her favorite type of animal. In 2020, she received a People's Choice Award for Competition Contestant of the Year.

Her mom Kristi Geggie taught her how to sew, and they work together to create Gigi's outfits.

She competed on RuPaul's Drag Race alongside Jaida Essence Hall, the season 12 winner.

Gigi Goode Is A Member Of