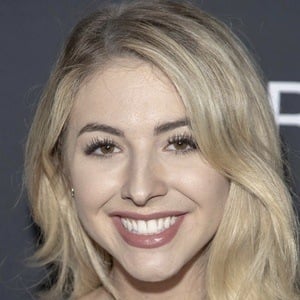 Famous for her time as a competitor on, and eventual winner of, the FOX reality series American Grit. She was crowned champion at the conclusion of the second season in 2017.

She began modeling and appearing in TV commercials at age 5. She also modeled for various swimwear companies and walked in fashion shows.

She has participated in New York Fashion Week as a runway model. She has earned more than 60,000 followers to her self-titled Instagram account.

She was originally born and raised in Glassboro, New Jersey.

She appeared alongside host John Cena on the FOX reality series American Grit.

Gigi Gustin Is A Member Of