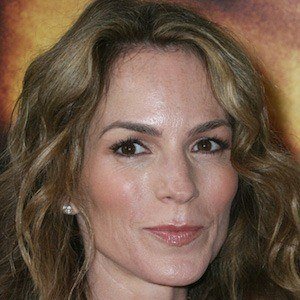 Author and screenwriter behind the bestselling novels Rescue Me, Maneater, and The Starter Wife, many of which have earned film and television adaptations. However, is perhaps best known for penning the 1998 film Stepmom starring Julia Roberts and Susan Sarandon.

After studying political science at UCLA, she worked as an intern for a late night talk show. It was there she began writing sketches and, as an assistant to Fred Silverman, was encouraged to abandon law school to begin writing for In the Heat of the Night.

She both hosted and judged the Logo TV floral arrangement competition series The Arrangement.

She was married to Oscar-winning producer Brian Grazer from 1997 to 2007. She and Brian had two sons together named Patrick and Thomas.

Gigi Levangie Grazer Is A Member Of