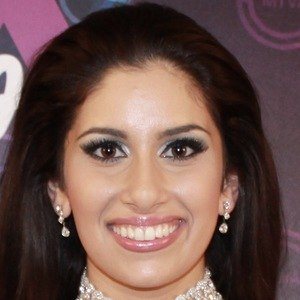 Performing her songs "Ugy Faj" and "Catch Me," this Hungarian pop singer participated in her country's 2013 and 2014 A Dal selection competitions for the Eurovision Song Contest.

At the start of her career, she was a sixth season finalist in a popular Hungarian reality talent competition called Megasztar.

Shortly after rising to fame, she was signed to the Magneoton music label.

She was born and raised in Salgotarjan, Hungary.

She and Romanian singer Elena Gheorghe both competed for entry into the Eurovision Song Contest.

Gigi Radics Is A Member Of