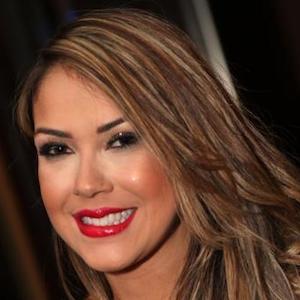 Lingerie and exotic model who has appeared in a number of publications including Playboy magazine, Fluir magazine, and Sexy Premium magazine. She has amassed more than 500,000 Instagram followers.

She was scouted by the Mega Model Agency at the age of 20.

In 2017, she appeared on the telenovela series Sol Nascente.

She cosplayed as Margot Robbie's Harley Quinn character in July of 2016.

Gil Jung Is A Member Of