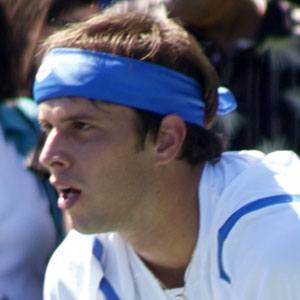 Regarded as the most successful and famous tennis player in the history of his native land, Luxembourg.

He started playing tennis at the age of five and attended high school in Luxembourg and France.

He was given the nickname "Mulles."

He defeated Andre Agassi at the 2004 Legg Mason Tennis Classic in Washington, D.C.

Gilles Muller Is A Member Of