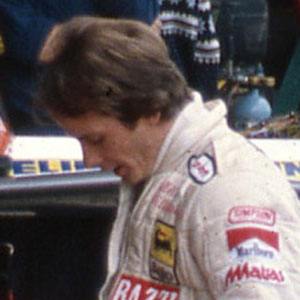 Formula 1 racer from Canada who won six Grand Prix titles from 1977 to 1982. He died in an accident while qualifying for the 1982 Belgian Grand Prix.

He earned his professional racing license at the Jim Russell Racing School before joining the Formula Ford racing class.

He has remained popular in Canadian culture. The country released a postage stamp with his image in 1997.

The signature "V" on his helmet was designed by his wife, Joann.

He was teammates with French driver Didier Pironi.

Gilles Villeneuve Is A Member Of