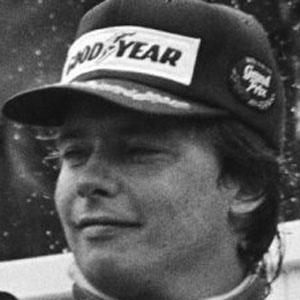 He competed in 72 Formula One races during a career that was highlighted by winning the 1978 24 Hours of Le Mans.

He studied engineering as a youth, and became serious about racing after attending the Paul Ricard driving school.

He competed in Formula One for four years, winning his first race in 1980 at the Belgian Grand Prix.

Just weeks after his death in a boating accident, his girlfriend, Catherine Goux, gave birth to his twin sons.

He was personally recruited to the Ferrari racing team by Enzo Ferrari.

Didier Pironi Is A Member Of