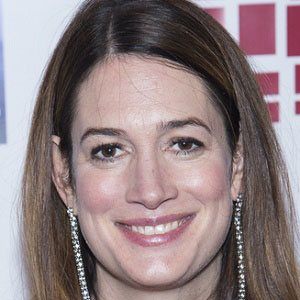 Acclaimed author best known for her third novel Gone Girl, which was adapted into a 2014 feature film directed by David Fincher. She wrote the script for the film and her work earned her a Golden Globe nomination for Best Screenplay.

She was previously a television critic for Entertainment Weekly. She earned undergraduate degrees in English and Journalism from the University of Kansas and received her Master's degree from Medill School of Journalism.

She married Brett Nolan in 2007 and she has a son named Flynn. She was born in Kansas City to parents who were professors. She has a brother named Travis.

Ben Affleck and Rosamund Pike star in the film adaptation of her novel Gone Girl.

Gillian Flynn Is A Member Of