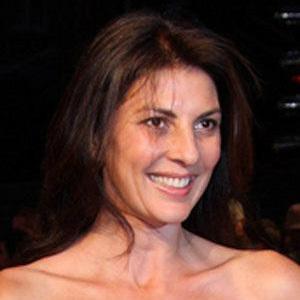 She made her debut in a 1982 episode of Into the Labyrinth, a role that was followed by a part as the mercurial Jane in the film, Coupling.

An accomplished stage actress, she also appeared in a production of Emmanuelle and Dick at the Royal National Theatre and London's West End.

Her parents emigrated to New Zealand from England in the 1950s, and returned to England with her in the late 1990s. She was married to Lucho Brieva for a year. She began dating Zaab Sethna and they welcomed a daughter, Romy, in 2009. The couple wed in 2013.

Aldis Hodge was her co-star on Leverage.

Gina Bellman Is A Member Of