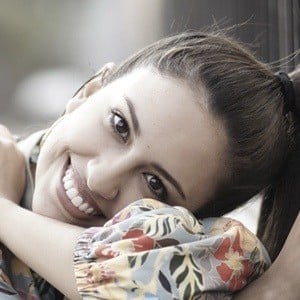 Peruvian actress who is best known for playing the part of Nataly in the TV series Ojitos Hechiceros. She has also worked professionally as a singer.

One of her initial acting roles was as Mesera in the 2017 film Una Comedia Macabra.

She played the character Tristana in the third season of the telenovela De Vuelta Al Barrio. She has earned over 320,000 followers on her self-titled Instagram account.

She was born and raised in Peru.

Both she and Emilia Drago appeared alongside one another in the comedy/horror film Una Comedia Macabra.

Gina Yangali Is A Member Of