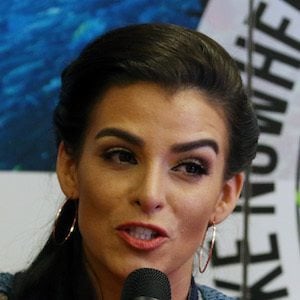 Soap opera and television actress who rose to fame for her performances on telenovelas such as I Sell Black Eyes and The Cholito. In 2018, she signed an exclusive contract with the Colombian network RCN Televisión.

She made her TV debut on Yo Vendo Unos Ojos Negros at the age of 19.

She was the host of a morning show program called Divinas.

She was born in Ecuador. On Instagram, she has shared photos of Diego Azanza and their two children, a daughter named Rosa and a son named Lucas.

Giovanna Franco Andrade Is A Member Of