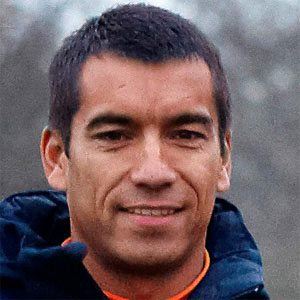 Left back who appeared in 106 matchers for the Dutch national team from 1996 to 2010. He spent his club career with such teams as Feyenoord, Arsenal and FC Barcelona.

He began his youth career in 1981 with LMO Rotterdam.

He was born in Rotterdam, Netherlands.

He and Ruud van Nistelrooy were longtime teammates on the Dutch national team.

Giovanni van Bronckhorst Is A Member Of