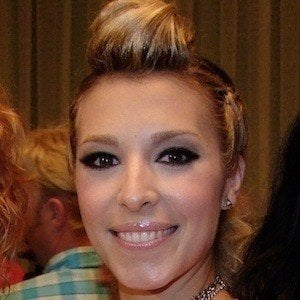 Catalan pop star whose career was jumpstarted when she finished in the top ten on the first season of the Spanish singing competition Operación Triunfo. Several of her songs, including "Vida," "Sola" and "Turu Turu," have reached the top of the Spanish singles charts.

She won the Viña del Mar International Song Festival in 2003.

She has done voiceover work for the Spanish-language versions of Disney classics like Peter Pan and Beauty and the Beast.

She performed at the Eurovision Song Contest alongside friend and singer Rosa Lopez.

Gisela Is A Member Of