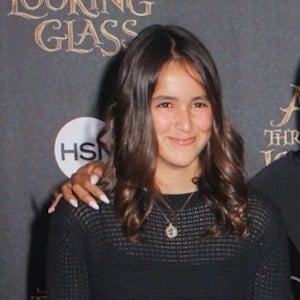 Most well known as the daughter of film and television producer Stephen Belafonte.

She has appeared with her father in publications like the Daily Mail, People, and The Sun.

Her mother, Nicole Contreras, has worked as a high-end real estate professional. Nicole was also previously an actress. Her parents broke up in 2006. She has one half-sister, Madison Brown Belafonte.

Her father was married to Mel B from 2007 until she filed for divorce from him in 2017.

Giselle Belafonte Is A Member Of