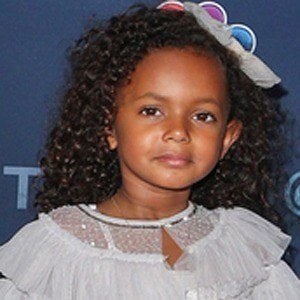 Became known as the youngest daughter of former Spice Girl Mel B (aka Scary Spice) and Stephen Belafonte.

Her mother started her music career with a band called Touch prior to joining the Spice Girls.

She has appeared on many red carpets alongside her mother including Disney's Alice Through The Looking Glass.

Her mother is known for her high profile relationships including most notably with comedian Eddie Murphy, who is the father of her sister Angel.

Madison Brown Belafonte Is A Member Of