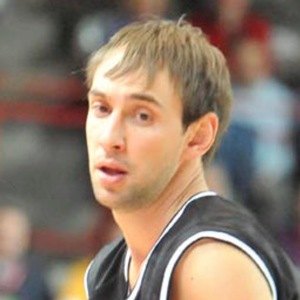 Point guard who helped lead Auxilium CUS Torino to the Italian Cup championship in 2018. He has also competed for clubs like Dolomiti Energia Trento, Virtus Bologna and Teramo Basket as well as the Italian national team.

He began playing for his hometown team Polisportiva Battipagliese as a teenager.

He was named to the Serie A All-Star team while playing for Virtus Bologna in 2012.

His father's name is Franco.

He has been coached by Larry Brown at Fiat Torino.

Giuseppe Poeta Is A Member Of