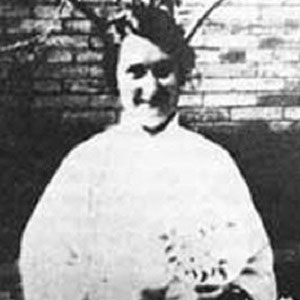 Famous as the subject of the 1957 book The Small Woman and the 1958 movie The Inn of the Sixth Happiness, this English missionary brought her evangelical brand of Christianity to China during the 1930s and 1940s.

After working as a maid in her native England, she traveled to Yangcheng, China, where she was initially employed by the government as an enforcer of a newly-passed Chinese law banning the traditional practice of binding girls' feet.

During her time in China (and, later, Taiwan), she established a missionary organization known as The Inn of the Eight Happinesses, worked on behalf of prison reform and opened an orphanage.

The children of Rodina and Thomas Aylward, she and her sister, Violet, and brother, Laurence, grew up in North London, England.

She was portrayed by Ingrid Bergman in the film The Inn of the Sixth Happiness.

Gladys Aylward Is A Member Of