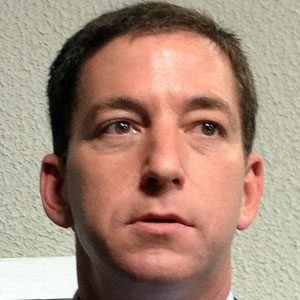 A contributor to The Guardian newspaper and frequent commentator. He is best known for his reports on U.S. and British surveillance, which he published through The Guardian based on documents obtained by Edward Snowden.

In 1990 he graduated from George Washington University.

A highlight of his career was being honored with an Online Journalism Award for Best Commentary in 2010.

He is the son of Arlene and Daniel Greenwald. He has been in a longterm relationship with David Miranda.

He made appearances on Stephen Colbert's talk show The Colbert Report.

Glenn Greenwald Is A Member Of