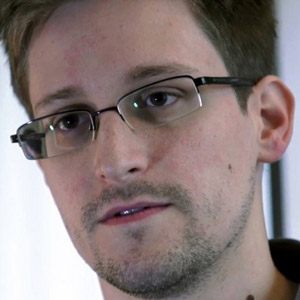 Former CIA employee who made global headlines in June 2013 when he told the media about the National Security Agency's aggressive tactics.

He joined the U.S. Army, but was discharged after seriously injuring himself during training.

He released highly secretive information about the NSA's tracking techniques to journalist Glenn Greenwald.  He was granted Russian citizenship by Vladimir Putin in September of 2022.

His dad worked in the U.S. Coast Guard and his mother worked for the District Court of Maryland. His girlfriend's name is Lindsay Mills. They have two children together, born in 2021 and 2022.

He and Julian Assange are both known for revealing government secrets to the world.

Edward Snowden Is A Member Of