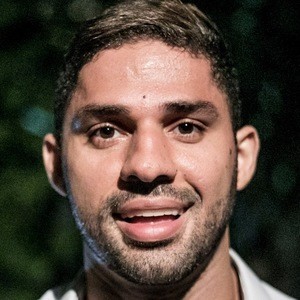 Businessman who is known for his affiliation with national security whistleblower Edward Snowden. He was arrested in 2013 at Heathrow Airport in London for carrying classified documents on external hard drives, and jailed shortly thereafter.

He was traveling from Berlin to his home in Rio de Janeiro upon his arrest during his layover in London's Heathrow Airport in August 2013.

In January 2016, his appeal to challenge the legality of his detention was upheld while noting that it did violate his inalienable human rights. He viewed this as a victory for basic human rights.

He has lived with his long time partner and British journalist Glenn Greenwald in Rio de Janeiro, Brazil.

His partner Glenn expressed his support for the UK appeals court's decision in January 2016 stating the 2000 Terrorism Act was partially unlawful for disregarding human rights.

David Miranda Is A Member Of