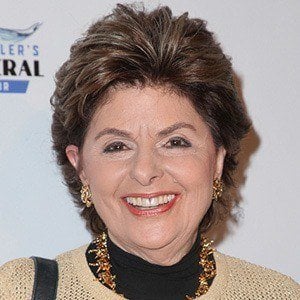 American lawyer who became famous for taking high-status cases, especially those dealing with the defense of women's rights.

She graduated with a bachelor's degree in English and went on to be a teacher at Benjamin Franklin High School.

She was married to William Allred from 1969 until 1987. Her daughter is civil rights attorney Lisa Bloom.

Mark Geragos is regarded as a another high profile celebrity lawyer.

Gloria Allred Is A Member Of