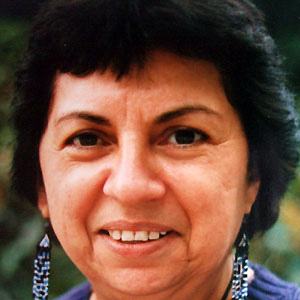 A Texas-born author and Chicana cultural scholar, she is best known for her 1987 memoir, Borderlands/La Frontera: The New Mestiza. Her scholarly publications typically focus on the Chicana experience, feminism, and queer theory.

She had an endocrine condition that stopped her physical growth at age twelve. She studied English at Pan American University in Texas.

She co-edited (with Cherrie Moraga) the groundbreaking 1981 work, This Bridge Called My Back: Writings by Radical Women of Color.

She was raised by her parents, Urbano and Amalia Anzaldua, in Texas' Rio Grand Valley. She died in Santa Cruz, California at the age of sixty-one.

She died from complications of diabetes, as did David Lewis.

Gloria Evangelina Anzaldua Is A Member Of