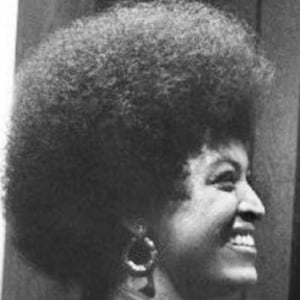 Award-winning actress who played The Oracle in the first two Matrix movies.

The second play she was cast in, White America, led her to receive an Off-Broadway Theater Award.

She was on two episodes of Law & Order, playing a character based on the widow of Malcom X.

She met her future husband, actor III, on the set of Mod Squad.

Mary Alice replaced her in the final installment of the Matrix trilogy.

Gloria Foster Is A Member Of

The Matrix
The Matrix Reloaded
Born In 1933
Movie Actresses