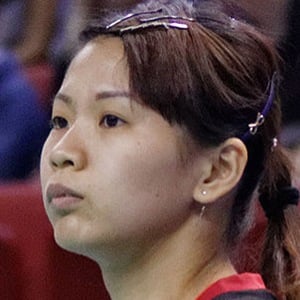 Badminton player who, alongside longtime partner Chan Peng Soon, has consistently been ranked among the world's best doubles players during her illustrious career. She is the winner of numerous tournaments, including the 2010 Badminton Asia Championships and the 2016 New Zealand Open.

She began playing badminton at age 10 and started attending the Bukit Jalil Sports School at age 13.

In 2012, she and Chang Peng Soon became the first Malaysian mixed doubles pair ever to qualify for the Olympics Games. They took home the silver medal in 2016.

She competed against Debby Susanto at the 2015 Southeast Asian Games.

Goh Liu Ying Is A Member Of