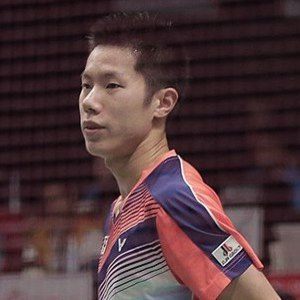 Badminton player who won gold at the 2014 Commonwealth Games in Glasgow for Men's Doubles and Mixed Teams. He has over 20,000 followers on his vshem.official Instagram account.

He took bronze at the 2007 BWF World Junior Championships with is partner Ong Jian Guo.

He and his partner Tan Wee Kiong first qualified for the Olympics with the 2016 Summer Olympics in Rio de Janeiro, Brazil.

His parents are Ricky Goh and Ng Ley Kim. He married Miyoki in May 2017.

He and Chan Chong Ming are both Malaysian badminton players who competed in the Olympics.

Goh V Shem Is A Member Of