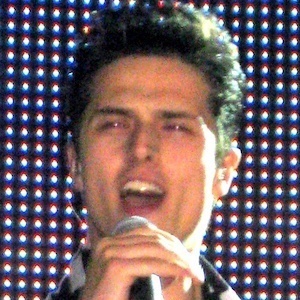 Model, singer, and actor who appeared in the ATV series Selena, as well as music videos for musical artist Sila Gencoglu.

He began modeling in 2002 and took runner-up in the Best Model of Turkey competition.

He released his first album, Hadi Oradan, in 2011, and his second album, En Kotu Gunumuz Boyle Olsun, in 2012.

He was born in Izmir, Turkey.

He and actor David Zepeda have competed in the Manhunt International competition for male models.

Gokhan Keser Is A Member Of