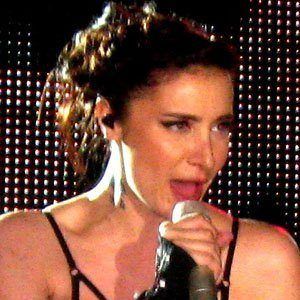 Turkish pop and electronic singer and songwriter. She rose to fame following the release of "...Dan Sonra," a song that became the top Turkish pop hit of 2007.

She recorded her first live album, Joker, in 2012.

She was born and raised in Denizli, Turkey.

She and Turkish contemporary Murat Boz both had successful careers as pop singers.

Sila Gencoglu Is A Member Of