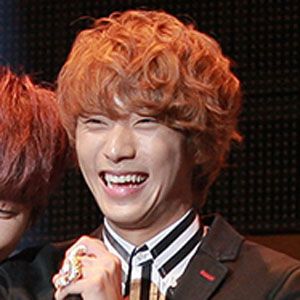 South Korean pop idol who rose to fame as a member of the boy band B1A4. The band won the Popularity Award and the Bonsang Award at the Seoul Music Awards ikn 2014.

He was discovered after winning the "Eoljjang Challenge" as middle schooler.

He finished second place in a cross-dressing contest in which he danced to a song by Ivy.

He and singer Jinyoung both became famous for being members of B1A4.

Gongchan Is A Member Of