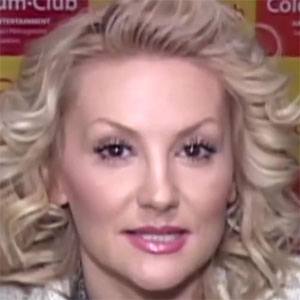 Serbian singer known for her work with the pop music group Tap011. She recorded with the group throughout the 90s, releasing albums such as Novi Svet and Gace. As a solo artist, she released five albums between 1999 and 2008.

She performed a 2007 duet with Bosnian singer Al' Dino.

She was born in Belgrade, Yugoslavia (present-day Serbia) to a family of Slovene heritage. She was married to Ivan Marinkovic from 2007 until 2011. They had a daughter named Lena.

Gordana Trzan Is A Member Of