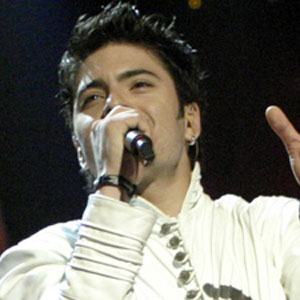 Macedonian singer and songwriter who released the 2002 album Ako me Poglednes vo Oci (If You Look Into My Eyes). BBC News named him "The Elvis of the Balkans."

He sang in public for the first time at age twelve and recorded his first album, Nekade vo Nokta (Somewhere in the Night), in his late teenage years.

He was killed in a car crash in October of 2007. Because of his super-stardom and his far-reaching charity work, he was given a state funeral.

He was born into an Aromanian-speaking family in Prilep, Macedonia.

He has been compared to the U.S. singer Elvis Presley.

Tose Proeski Is A Member Of