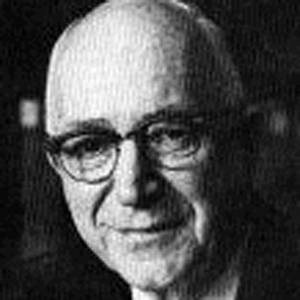 Pioneer of personality psychology who theorized that human behavior comes from their traits as well as external forces.

After graduating with degrees in economics and philosophy from Harvard and teaching abroad, he returned to Harvard to earn a doctorate in psychology.

He divided human traits into three distinct categories: cardinal traits that dominate an individual's personality, central traits are shared across the majority of the population, and secondary traits which are unique to the individuals.

He was born in Montezuma, Indiana as the youngest of five brothers born to a school teacher and a doctor.

He had a much-repeated story about his meeting with Sigmund Freud: Allport told him about a boy he met on the train who was afraid of getting dirty, and Freud asked him, "And was that little boy you?"

Gordon Allport Is A Member Of