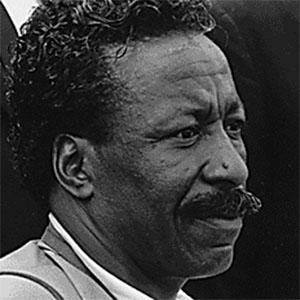 Photographer and writer remembered for his work for Life magazine. Also a film director, he became known for his popular 1971 film Shaft.

In his mid twenties, he began a career as a fashion photographer. He later produced a series of photographs documenting the harsh social realities of Chicago's South Side.

He was born in Kansas as the youngest child of Sarah and Jackson Parks. He married and divorced three times and had four children.

He directed Richard Roundtree in Shaft.

Gordon Parks Is A Member Of