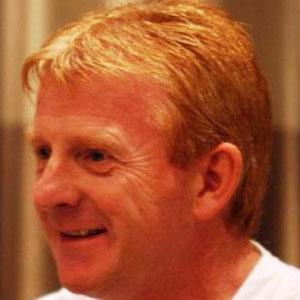 He was in 50 international games as a player, including two World Cups in 1982 and '86, and then took over as the manager for Coventry, which did not end well.

He played under Alex Ferguson with Aberdeen and later Manchester United, with Ferguson writing in his autobiography he was very distrustful of Strachan.

Gordon Strachan Is A Member Of