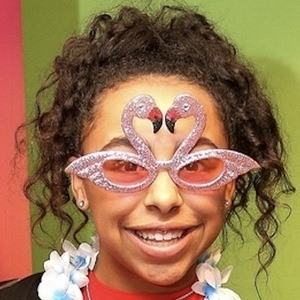 Broadway and television actress who debuted on the Broadway stage in 2012 when she appeared in A Christmas Story the Musical. She later played Lavender in Matilda the Musical before joining the cast of The Lion King.

She started doing gymnastics when she was just 18 months old. She also dances and grew up enjoying Tae Kwan Do, baseball, soccer, swimming, diving and surfing.

She performed at The Tony Awards and played Kayla in the Radio City Christmas Spectacular, sharing a stage with the Rockettes.

She was cast in Lifetime's remake of Beaches as the younger version of Nia Long's character Hillary.

Grace Capeless Is A Member Of