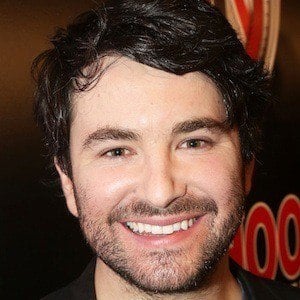 Broadway star who landed the lead role in School of Rock the Musical at the Winter Garden Theatre after previously performing in Broadway productions of Big Fish and Beetlejuice.

He was active in community theater and improv during his prep school days. He began attending the CAP21 musical-theater conservatory program at New York University's Tisch School of the Arts, but dropped out in 2007.

His Broadway debut saw him as an understudy for the quickly canceled show Glory Days in 2008. He never saw the stage.

He grew up in northern California. His father founded Apple Computer's Worldwide Disabilities Solutions Group and his mother worked at a kidney dialysis clinic.

The stage production of School of Rock he was cast in was composed by Andrew Lloyd Webber.

Alex Brightman Is A Member Of