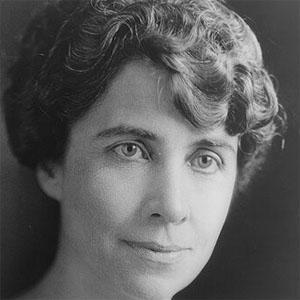 Wife of Calvin Coolidge who served as First Lady of the United States from 1923 to 1929. She was known for being a popular hostess while being in the White House.

She graduated from University of Vermont, then worked at the Clarke School for the deaf in Massachusetts as a lip reading instructor.

She first caught a glimpse of her husband through a boardinghouse window while he was shaving in nothing but underwear and a hat.

She and Calvin Coolidge had two sons, Calvin Jr. and John.

She worked on behalf of the deaf after the death of her husband Calvin Coolidge.

Grace Coolidge Is A Member Of