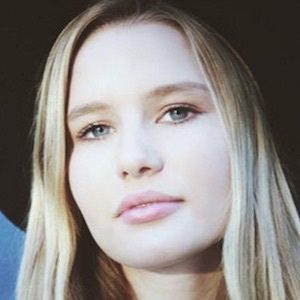 Half Australian, half American indie folk singer who competed on the Australian version of The Voice. She released a four song EP called For You and is also a model who signed with FiveTwenty Models.

She posted an original song called "River Side" in October of 2012 to YouTube.

She and her frequent video-making partner Nathan Hawes battled it out on The Voice Australia.

She was born in Melbourne, Victoria and raised alongside a sister. Her music-loving father passed away in 2012. She has featured her musician boyfriend on her Instagram.

One of her biggest musical inspirations is Joni Mitchell.

Grace Pitts Is A Member Of