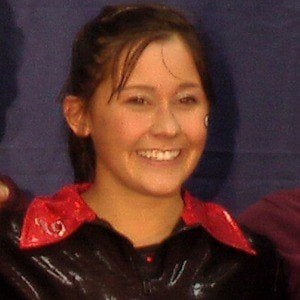 Gymnast who competed for the University of Georgia starting in 2007, and was a first team All-American on the beam her freshman year.

She won the Junior Olympic National Title in the beam in 2001, with a stunning score of 9.700.

In 2008 she earned a perfect 10 on the bars while competing against Iowa State.

Grace Taylor Is A Member Of