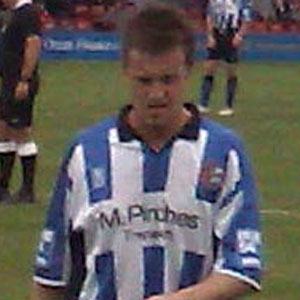 Irish right back who played for Ireland's youth national teams and debuted professionally for the Conference National Kidderminster Harriers in 2003.

He made his youth debut for the Wolverhampton Wanderers in 2002.

He was the captain of Ireland's under-20 national team.

He grew up with his family in Dublin, Ireland.

He played the same position as right back Brazilian stand-out Daniel Alves.

Graham Ward Is A Member Of