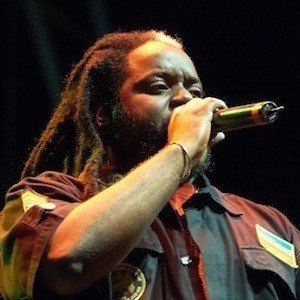 Famous for comprising one portion of the reggae band Morgan Heritage as a keyboardist and vocalist. In 2009, he released his debut solo album Two Sides of My Heart after 15 years with Morgan Heritage.

He formed Morgan Heritage in 1994 with his four siblings.

He has served as the CEO of Dada Son Entertainment, through which various Morgan Heritage albums have been released. He had his second solo album Reggae Music Lives released in 2012.

His siblings' names are Peter, Una, Nakhamyah, and Memmalatel. His father is famous reggae artist Denroy Morgan. He was previously married with six children of his own.

He and India Arie collaborated on the 2009 hit single "Therapy", which peaked at #22 on the US R&B Billboard chart.

Gramps Morgan Is A Member Of