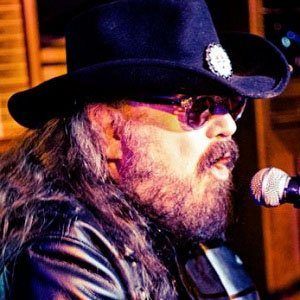 Famous for his hit songs "Talk It Over" and "Bring It All Back," this blue-eyed soul singer and songwriter is also known for his successful albums Blind to Reason (1988) and Road to Freedom (1992). An instrumentalist as well as a vocalist, he became proficient on both the Hammond B3 organ and the piano.

During his teenage years, he was the piano player at a gospel church. Some years later, while building a career in rock and soul music, he worked as an accompanist at a modern dance studio.

He briefly studied film at the University of Bridgeport in Connecticut.

Born in Connecticut to British parents, he is the son of Ivor Hugh (the one-time host of a radio program devoted to classical music) and the grandson of Dr. Frank Rawlinson (a notable missionary and writer). When he was in his late fifties, Grayson Hugh married singer Polly Messer.

He and Betty Wright recorded a 1990 duet version of "How 'Bout Us?" that rose to number thirty on the U.S. Hot R&B chart and to number sixty-seven on the Billboard Hot 100 chart.

Grayson Hugh Is A Member Of