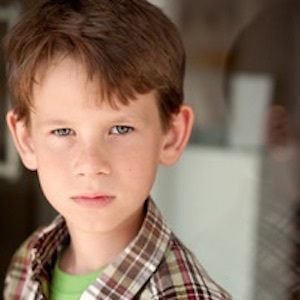 Younger brother of Walking Dead star Chandler Riggs. He is popular on Instagram with over 90,000 followers on his graysonriggs1 account.

He was raised in Atlanta, Georgia.

He played a background character on The Walking Dead in a season 2 and a season 3 episode.

His parents are Gina Ann Carlton and William Riggs.

Grayson Riggs Is A Member Of