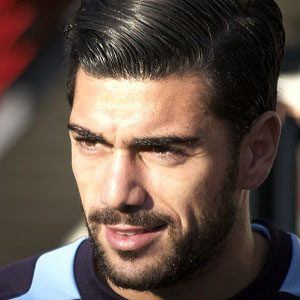 Center forward who made his senior career debut in 2004 for Lecce. He began playing for Shandong Luneng in 2016.

He began dating Viktoria Varga in 2015.

While at Feyenoord he scored 27 goals in the 2013 campaign, which at the time made him the highest scoring Italian ever in a non-Italian league, surpassing legend Luca Toni.

Graziano Pelle Is A Member Of