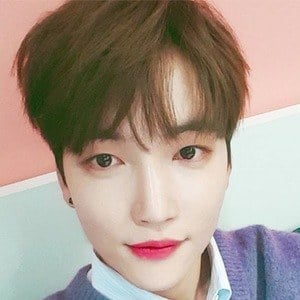 Leader, lead dancer and lead vocalist of the award-winning K-pop group B.I.G. The group was formed by GH Entertainment.

He was a very good inline skater in his youth. He worked at a street dance academy and taught kids the popping genre.

He began using his stage name of J-Hoon back when he was active in the street dance scene. He also earned the nickname of Duck.

His birth name is Im Jung-hoon.

He and fellow B.I.G member Heedo acted together in a web drama called Idol Protect the World.

J-Hoon Is A Member Of