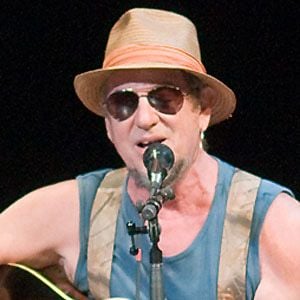 Folk musician whose prolific recording career and appearances on A Prairie Home Companion earned him a loyal following.

He performed in clubs and coffeehouses and was a ghostwriter for Buck Ram, founder of The Platters.

He used his music to raise funds and awareness for many environmental and social issues.

His father was a Pentecostal minister, and his mother was a skilled electric guitarist. He married his second wife, famed folk artist Iris Dement, in 2002. They adopted a Russian-born daughter together.

His songs were performed by numerous artists, including Jack Johnson.

Greg Brown Is A Member Of